Yesterday Google was releasing Google Chrome 24 stable which should have native MathML support. I waited for this release for a long time because Chrome is my standard browser and I know Firefox does a very good job with MathML since Firefox 3.

So I tested Chrome 24 with this MathML browser test site: MathML Browser Test

First I was very excited because the first examples looked promising and right in Chrome. But when looking at more complex MathML Chrome rendered it wrong.

I installed Chromium Dev 26.0.1380.0 and I was hoping the Chromium team already fixed it. But my hope did not lasted long. Chromium 26 was showing me the same results as Chrome 24. This bug is already reported to Chromium’s bug tracker (star it if you’re interested in a fix).

I recently installed also Opera just to cover the last to me known modern browser which supports MathML natively (winkwink Internet Explorer). Opera had the most issues with rendering and some serious font problems with MathML on my Ubuntu machine.

So I guess we still need to use the very good MathJax JS library for a longer time to display all kind of MathML right in every browser except Firefox.

But see the rendered browser results yourself: 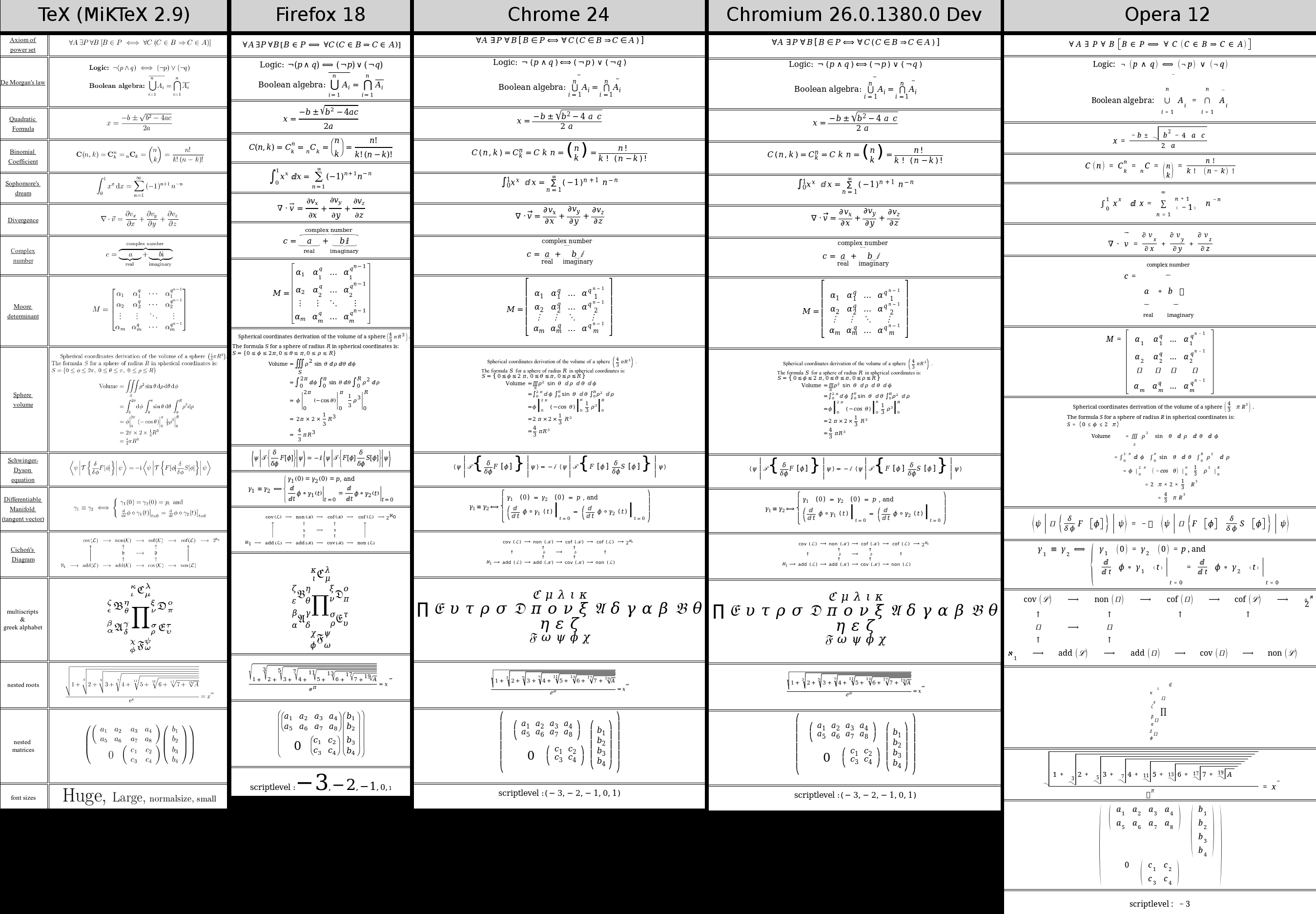